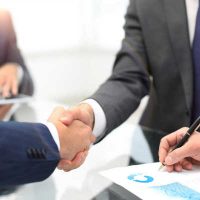 Are you a director who has been served with a demand by the ATO for a Director’s Penalty Notice, or by a liquidator for:

In the case of a liquidator’s demand, and assuming there is liability, there is often a figure that can be negotiated and agreed if it is presented in the correct manner. An experienced Debt Negotiator can help you, potentially saving you large amounts of money.

Effective debt management relies on communication and negotiation and often needs the advice of a professional. It can be the difference between survival and liquidation.

If you’re worried and want fast action you can contact Cheryl now. Your initial consultation is free and without obligation. 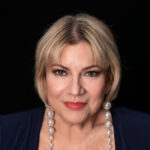 ‘An efficient system of chasing overdue accounts ensures your customers will not drag out payments, adversely affecting your cash flow.’
Cheryl

There are often very simple and inexpensive measures you can use to ensure your Receivables Ledger does not become overdue resulting in difficulty collecting payment.

We will review your Accounts Receivable as part of our Business Health Check and help you put measures in place when overdue debtors are affecting your cash flow.

We can help you adopt these measures and refer you to specialist debt collection services if individual clients and customers become a problem.

Small Business owners  are often crippled by high interest payments because they’re trying to service a number of different loans.

If this situation is not remedied it can cause the failure of the business. We have a panel of lenders who specialize in consolidating these loans for you.

What percentage should I offer to settle debt?

The percentage offered to settle a debt is often based on what the return would be to all creditors owed money if the client was pursued to bankruptcy.

What percentage of a debt is typically accepted in a settlement?

In an informal settlement 65% offered over three years is the norm for someone with no assets. However in certain circumstances this can be varied if there are specific circumstances that warrant special consideration.

What is a debt agreement?

Informal agreement
An informal agreement is just that.  A settlement figure is agreed upon by the two parties and  money is paid. It is wise have some sort of documentation from the creditor confirming that the figure agreed  is in full and final payment for the debt.

The advantage of an informal agreement is that, if entered into  before it requires outsourcing to a collection agency, it usually does not affect your credit rating. It is particularly good where business owners can be sure they know all of the debts of the business.

The Disadvantage is that it is only relevant to the specific debt. If in a few years another creditor pursues a debt, the negotiation process must begin again.

Part 1X agreement
A part IX agreement is an agreement which is administered by a Debt Administrator. It is mainly used by clients with small amounts of debt as there are thresholds that the restrict the use of this process. The agreement will usually see an agreement where the debtor pays back an agreed figure.

The advantage of a Part IX agreement is that it covers all debt that you could have reasonably known about. So if a creditors does make a demand two or three years later, in respect of a liability that a was incurred prior to the Part IX agreement being entered into, it falls into the part IX and cannot be pursued.

The Disadvantage of a Part IX agreement is that it is noted on your credit file and has an adverse effect on any loan applications. Sadly lenders do not give you any credit for attempting to repay debt.

Still looking for an answer?

© 2021 Your Director’s Advocate. All rights reserved

Your contact form has been received and you'll hear from us soon.You can call us during office hours on
1300 851 775